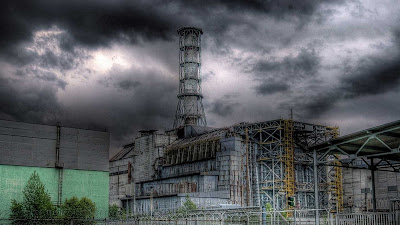 Lest the world forget, a historian delivers a devastating account of a 1986 catastrophe in which nearly everyone did nearly everything wrong. 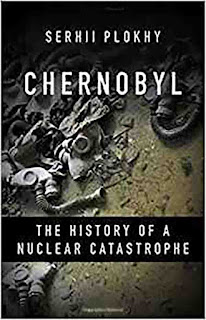 In his book, “Chernobyl: The History of a Nuclear Catastrophe,” (Basic Books, 432 pages), Serhii Plokhy describes a catastrophe that Russians living in that region will not forget. Some remember the horrible deaths of their loved ones who had been exposed to high levels of radiation. Indeed the world should not forget what happened at Chernobyl.

Serhii Plokhy has written a good analysis of the disaster at Chernobyl. The handling of the situtaion reveals government ineptitude, stonewalling, and deceit.

Henry Fountain has written a review of Plokhy's book. His review is titled, "Study in Ineptitude and Deceit." Here are the opening paragraphs:


A LITTLE MORE than 24 hours after Unit 4 at the Chernobyl nuclear power plant exploded and caught fire in April 1986, three men gathered in front of a pile of sand at a construction site a few miles away. With shovels, they started filling sandbags that the authorities planned to drop from helicopters in an effort to quench, or at least quiet, the nuclear inferno.

But the men sweating over their shovels weren’t construction workers, or laborers of any kind. Far from it: One was a general in the Soviet Air Force, in uniform, and the other two were high-level government officials in business suits. They had been ordered to do the work by the deputy head of the Soviet government, who had come to Chernobyl a few hours before and was angry about the initial response to the accident

The anecdote is among the most revealing in Serhii Plokhy’s new history of the Chernobyl accident. Relying on official reports (including KGB memos), interviews, and other firsthand accounts, ”Chernobyl: The History of a Nuclear Catastrophe” lays out in devastating detail how the Soviets were vastly unprepared, in ways small and large, for what became the worst disaster in the history of nuclear energy.


Related: Chernobyl Wolf Population
Posted by Alice C. Linsley at 7:51 AM No comments: