Brick Making in the Ancient World

Mud or clay bricks were used throughout the ancient world. The bricks were pressed into molds and then dried in the sun or baked in ovens (kilns). The molds made it possible to produce bricks that were uniform in size and shape. 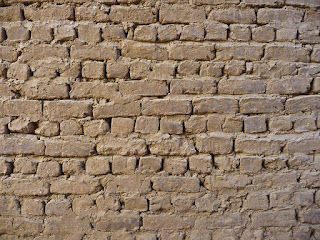 Baked bricks form this fortification wall. The strength and height are increased by alternating rows of bricks running in different directions.

Kiln-baked bricks were stronger and were used for the outer walls of structures. Archaeologists have found clay or mud brick structures, often in ruins, dating to as early as 3800 B.C.

Brick kilns (shown below) were discovered at Egyptian Teudjoi (Ankyronpolis) south of Beni Suef, on the east bank of the Nile. 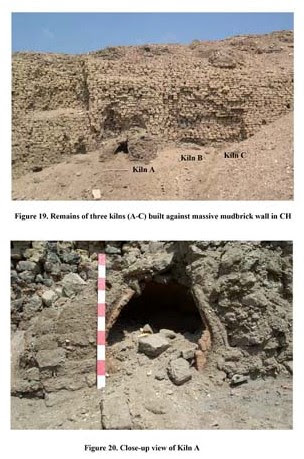 Genesis 11:3 tells us that the towers in Mesopotamia were built of fired brick. Mud or clay bricks were used to build temples, palaces, entrances to royal tombs, houses, walls, and pyramidal towers called ziggurats. The Mesopotamian ziggurats were built with a core of sun-dried mud brick and an exterior covered with kiln-baked brick. The term "ziggurat" comes from the Akkadian word ziqqurratu, which is translated as "rising building" (from the ancient Akkadian zaqâru, "to rise high").

The Sumerians used bricks to create arched entrances to royal tombs. Sumerian arches were made by stacking bricks on top of each other in steps that met in the center. Around 3000 B.C, builders created a special wedge-shaped brick mold that allowed the bricks to fit even more closely together above a doorway.


The Sumerians and ancient Egyptians built shrine cities and fortifications using clay bricks mixed with straw. According to Exodus 5:7, Pharaoh ordered the Egyptian taskmasters: "You are no longer to supply the people with straw for making bricks; let them go and gather their own straw."

To increase the brick production teams of brick makers competed against each other. This image (above) of men making bricks appears on the wall of the tomb of Rekmara, a ruler of the Eighteenth Dynasty (1550-1292 BC).

The land of Canaan and its principal cities, such as Hazor, Kadesh, and Jerusalem, were under Egyptian rule during the Eighteenth Dynasty. Cities under Egyptian rule were fortified with walls many feet thick. The north wall protecting Lachish was 17 feet thick and the outer walls of Gezer were 14 feet thick. These fortified shrine cities are called the "high places" in the Bible. Jerusalem was named Jebus because it was the city of the Jebusites who built their royal complex on the south-eastern hill of Jerusalem. The old Jebusite wall was made of stone. Most monuments and fortification walls built by high kings were made of stone.

Bricks were used to lay out the structure of a new building. Stacked bricks served as markers. Some buildings contained bricks that were inscribed with prayers and dedications, as is done today on the corner stones of new buildings and churches.