What Happened to the Cedars of Lebanon?


“But the righteous will flourish like a palm tree and grow big like a cedar in Lebanon.” (Psalm 92:12) 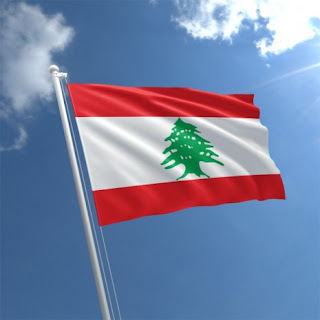 Lebanon once had forests of cedar trees. The flag of Lebanon is emblazoned with an image of a great cedar of Lebanon (Cedrus libani).

The cedars of Lebanon are mentioned more than 70 times in the Bible. The Hebrew word for “cedar” is 'erez. These tall evergreen trees were valued for the high quality of the wood and for the fragrant cedar oils and resins that were used to prepare medicines, perfumes, and ointments. The Lebanese cedar is resistant to rot and insects, has virtually no knots, and produces straight lumber. The old forest cedars grew to heights of over 160 feet.

Today the cedars can been found in Lebanon, southern Turkey, and Syria. A few have been found on the island of Cyprus. However, compared to the vast ancient forests, the number of Lebanese cedars today is small. Reforestation efforts are being made in Lebanon.


The cedars of Lebanon were almost depleted 1700 years ago. Depletion of the cedar forests can be explained by the high demand among the ancient rulers of Egypt, Mesopotamia and Ancient Israel. The rulers of many kingdoms used Lebanese cedars for their royal building projects. The tall, straight trees made ideal pillars for palaces, temples and treasuries. The ports of Tyre and Sidon played a special role for shipments of Lebanese cedar heading to Egypt and Israel.
Cedar pillars were used to construct the oldest known Horite Hebrew temple at Nekhen on the Nile (3500 BC). 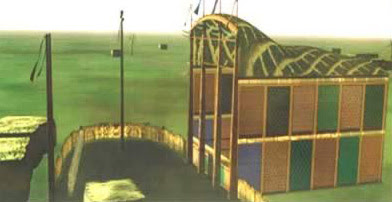 The Palermo Stone indicates that cedar was imported to Egypt during the reign Sneferu (B.C. 2613-2589). The resin of the cedar was used in mummification of the dead. The resin extracted from the bark of Lebanese cedar contains antimicrobial properties that would help to preserve the bodies.

The Egyptians used Lebanese cedars to build ships and they had a large fleet for commercial purposes. The tall cedar logs were ideal for ship masts. Ezekiel 27:5 mentions this: “And they took a cedar from Lebanon to make a mast for you.”

Sargon of Akkad (B.C. 2334-2279) used Lebanese cedar for his royal building projects and King Nebuchadnezzar (B.C. 605-562 ) ordered the construction of a route through the mountains to bring the cedars from Lebanon to Babylon.

Hiram, the king of Tyre used cedar for his royal construction projects. He also supplied the cedar needed to build King David's palace. According to 2 Samuel 5:11, "King Hiram of Tyre sent messengers to David, along with cedar logs, carpenters, and stonemasons. They built a palace for David."
David's son, Solomon, also used cedar to build his palace and the temple in Jerusalem. The walls of the inner sanctuary of Solomon's temple were covered with cedar panels from floor to ceiling, and the ceiling beams were made of cedar.

The cedar timbers from Lebanon were brought overland to the seaport of Tyre and then floated as rafts to Joppa on the coast of Israel. From Joppa, the logs were hauled overland to Jerusalem. King Hiram sent this message to King Solomon:


"My servants will bring them down from Lebanon to the sea, and I will make them into log rafts to go by sea to the place that you designate to me. I will have them broken up there, and you can carry them away. In exchange, you will provide the food that I request for my household.” (1 Kings 5:9)


The commercial interests, ship construction, and royal building projects of the ancient rulers lead to the near-total denudation of the Lebanese cedars. The Roman emperor Hadrian (A.D. 117-138) was so alarmed at the depletion of the Lebanese cedar forests that he designated what remained as a protected Imperial preserve. But the unsustainable logging of the cedars continued under the Ottoman Turks who used the wood to build railroads. During the First World War, the British and the Turks used most of the cedar that remained for the war effort. Is it any wonder that the cedars of Lebanon almost disappeared from the surface of Earth?