Johns Hopkins has announced that it will name a new research building after Henrietta Lacks. The building is anticipated to be completed in 2020.

Henrietta Lacks was a young mother of five from eastern Baltimore County who, despite radiation treatment at the Johns Hopkins Hospital, died in 1951 of an aggressive cancer. Lacks was the source of the HeLa cell line that has been critical to numerous advances in medicine.


Henrietta Lacks died of cervical cancer and since her death in 1951, cells taken from her tumor have been responsible for important medical advances such as the polio vaccine, chemotherapy, cloning, gene mapping, and IVF. Her cells are called HeLa, taking the first 2 letters of the first and last names.

HeLa cells have been reproduced and are now so plentiful that one researcher estimated that, laid end-to-end, they would wrap around the planet at least three times. HeLa cells are a constantly reproducing line of cells that have been used in all kinds of research and experiments.

Sadly, the Lack family never benefited from the advancements in medicine that came from the extraction of Henrietta's cells.

What is Biblical Anthropology?

An emerging field of anthropology, Biblical Anthropology, focuses on an empirical reading of the Bible. Students are trained to identify anthropologically significant data and to correlate the data with the findings in anthropology, archaeology, linguistics, migration studies and DNA studies.

Reading sacred texts like the books of the Bible through the lens of cultural anthropology is rigorous because no assumption can stand untested, and no assertion can be made without data. If we seek to understand the biblical texts rather than use the Bible to support an agenda, we will find the approach of Biblical Anthropology helpful.

For a more interactive approach, consider joining the international Facebook group The Bible and Anthropology. Here we learn from one another and together are building a body of knowledge that many will find helpful.

Unlike the more speculative Theological Anthropology, Biblical Anthropology is a science. It focuses primarily on the antecedents of the Messianic Faith among Abraham's ancestors. To understand what this entails requires exposure to the field. Here are indices where some of the research is posted. The material is organized alphabetically by topic and all the articles are linked.


INDEX of topics at Biblical Anthropology

INDEX of topics at Just Genesis

Posted by Alice C. Linsley at 2:00 AM No comments:

The 2018 Nobel Prize in Physics 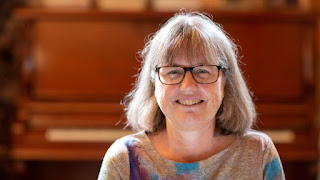 
The 2018 Nobel Prize in Physics was awarded on Tuesday to Arthur Ashkin of the United States, Gérard Mourou of France and Donna Strickland of Canada for harnessing one of the most ineffable aspects of nature, pure light, into a mighty microscopic force. Dr. Strickland, a self-described “laser jock,” is only the third woman to win the physics prize, for work she did as a graduate student with Dr. Mourou.

Dr. Ashkin will receive half of the monetary prize, worth about $1 million; Dr. Mourou and Dr. Strickland will split the remainder.

The Nobel committee recognized the scientists for their work in transforming laser light into miniature tools. Dr. Ashkin invented “optical tweezers,” which use the pressure from a highly focused laser beam to manipulate microscopic objects, including living organisms such as viruses and bacteria.

Dr. Strickland and Dr. Mourou developed a method of generating high-intensity, ultrashort laser pulses, known as chirped pulse amplification. The work has had a wide range of real-world applications, enabling manufacturers to drill tiny, precise holes and allowing for the invention of Lasik eye surgery.

In an interview with NobelPrize.org, the official website of the prize, Dr. Strickland said that when she first learned that she had won, she wondered if it might be a prank. “It was just a fun thing to do, and so I enjoyed putting many hours into it,” she said of her work with short-pulse lasers more than 30 years ago.

Posted by Alice C. Linsley at 9:34 AM No comments:

The 2018 Nobel Prize Winners in Medicine


The Nobel Prize in Physiology or Medicine was awarded on Monday to James P. Allison of the United States and Tasuku Honjo of Japan for their work on unleashing the body’s immune system to attack cancer, a breakthrough that has led to an entirely new class of drugs and brought lasting remissions to many patients who had run out of options.

Their success, which came after many researchers had given up on the idea, “brought immunotherapy out from decades of skepticism,” said Dr. Jedd Wolchok, a cancer specialist at Memorial Sloan Kettering Cancer Center in New York. It has, he said, “led to human applications that have affected an untold number of people’s health.”

Before Dr. Allison’s and Dr. Honjo’s discoveries, cancer treatment consisted of surgery, radiation, chemotherapy and hormonal treatments. A statement from the Nobel committee hailed their accomplishments as establishing “an entirely new

Earlier attempts by other researchers to recruit the immune system to fight cancer sometimes worked but more often did not. Dr. Allison and Dr. Honjo succeeded where others had failed by deciphering exactly how cells were interacting so they could fine-tune methods to control the immune system.

Checkpoint inhibitors do not work for everyone and they have only been approved for some cancers. They can have severe side effects, and they are expensive, costing more than $100,000 a year. But the approach, known as immunotherapy, has become a mainstay of treatment for a number of types of cancer, and a great deal of research is underway — including work by Dr. Allison and Dr. Honjo — to find the best ways of combining checkpoint inhibitors with one another and with standard treatments to help more patients.