Digging deeper into the Bible

If you wonder how best to understand the Bible, you will want to know more about Biblical Anthropology.

Here is an excerpt from an article about that scientific approach to the Bible. There are links that will take you deeper into the subject at the end of the article.

Biblical anthropology seeks to understand antecedents and explores the beliefs of Abraham's cattle-herding Nilo-Saharan ancestors. Until we better understand their beliefs and religious practices we will continue to impose incorrect or inadequate interpretations on the Bible. 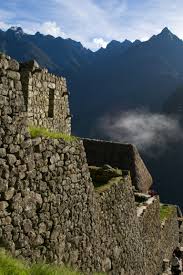 David Noel Freedman has said: “The Hebrew Bible is the one artifact from antiquity that not only maintained its integrity but continues to have a vital, powerful effect thousands of years later.” Both anthropologists and archaeologists turn to the Bible for clues and data. Very often this has led to wonderful discoveries!

The material in the Bible clearly has been divinely superintended through thousands of years. It contains material older than the first civilizations of the ancient Near East. The king lists of Genesis 4 and 5 are an example. Anthropological analysis of the kinship pattern of these ruler-priest lines has shown them to be authentic. The kinship pattern is unique and does not appear to change throughout the Bible. The evidence of this distinctive marriage and ascendancy could not have been written back into the texts at a later date. It is the thread that weaves through the Bible, like a scarlet cord, from beginning to end.

Further, understanding this marriage and ascendancy pattern is essential for a biblical understanding of Jesus, the Son of God, as the fulfillment of Messianic expectation. He is a descendant of the earliest named rulers to whom the Creator made a promise concerned the divine Seed (Gen. 3:15). Jesus referred to Himself as the promised "Seed" when He foretold his death in Jerusalem. He said, "Unless a seed fall into the ground and die, it cannot give life." (John 12:24)

Jesus' ancestors were the "mighty men of old" and great kingdom builders who dispersed widely in the archaic world. They were a ruler caste (clans that practiced endogamy) who spread along the mountain chains (high places) of Southern Europe and the Hindu Kush. They likely controlled commerce through the Pamir Junction. These were aggressive kingdom builders who regarded themselves as divinely appointed to disperse and subdue the earth. Later rulers, such as Alexander the Great and Constantine I, held this idea as well.

Read it all at Just Genesis.