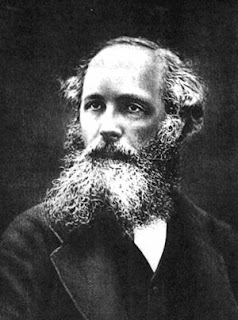 James Clerk Maxwell was a Scottish mathematician and scientist responsible for the classical theory of electromagnetic radiation, the first theory to describe electricity, magnetism and light as different manifestations of the same phenomenon. He also made fundamental contributions to mathematics, astronomy and engineering.
He was a strong Christian and one of Einstein's heroes. Albert Einstein said, "One scientific epoch ended and another began with James Clerk Maxwell."

"The special theory of relativity owes its origins to Maxwell's equations of the electromagnetic field."
From an early age, James Clerk Maxwell had an astonishing memory and an unquenchable curiosity about how things worked. His first teacher, his mother, encouraged him to "look up through Nature to Nature's God."
Campbell, L. and W. Garnett. 1882. The Life of James Clerk Maxwell: With Selections from His Correspondence and Occasional Writings. London: Macmillan and Co. reports on p. 32:

His knowledge of Scripture, from his earliest boyhood, was extraordinarily extensive and minute.... These things were not known merely by rote. They occupied his imagination and sank deeper than anybody knew.

Maxwell is held in high regard by the scientific community, but few acknowledge his Christian faith or his conviction in the authority of God's Word. Virtually every part of his brief, but remarkable, life was spent exploring the wonder of God's creation.