Harvesting Water From the Air 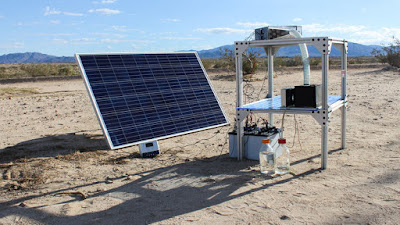 A solar panel powers a device that harvests water from the air in California’s Mojave Desert. Photo (Credit: MATHIEU PRÉVOT)

Omar Yaghi and his colleagues have created a solar-powered device that could provide water in desert regions. This device has a porous crystalline material, known as a metal-organic framework (MOF), that sucks water vapor out of air and then releases it as liquid water. It is far superior to the early MOFs which were expensive to make and degraded quickly.

“This is fantastic work that addresses a real problem,” says Jorge Andrés Rodríguez Navarro, a MOF chemist at the University of Granada in Spain. It’s also just one example of how MOFs may finally be entering their prime.

“We can play games with modifying these and know exactly where every atom is,” says Amanda Morris, a MOF researcher at Virginia Polytechnic Institute and State University in Blacksburg.

Yaghi and his colleagues synthesized the first MOF in 1995, and chemists have created tens of thousands of the structures since. Each is made up of metal atoms that act like hubs in a Tinkertoy set, connected into a porous network by organic linkers designed to hold fast to the hubs and create openings to house molecular guests. By mixing and matching the metals and linkers, researchers found they could tailor the pores to capture gas molecules, such as water vapor and carbon dioxide (CO2).

Omar Yaghi is a Jordanian-American chemist, currently the James and Neeltje Tretter Chair Professor of Chemistry at the University of California, Berkeley, and an elected member of the US National Academy of Sciences. 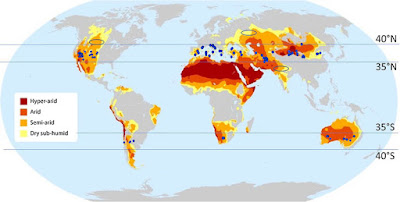 His childhood experiences in arid Amman, Jordan motivated him to think about solutions to water deprivation in arid regions. He realized that there is a great deal of water in the air and wondered how this could be captured.

Related reading: Nets Harvest Water in the Desert; The Power of Chemistry in Solving Social Problems