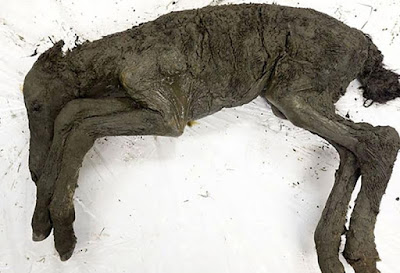 Researchers who found the frozen body of a 42,000-year-old foal in the Siberian permafrost have retrieved liquid blood from the animal.

In August 2018, the perfectly preserved remains of the young male foal were discovered in the Batagaika crater in Yakutia, northern Russia.


The fossilized specimen is believed to be a foal of the extinct Lenskaya horses that roamed Yakutia in the Upper Paleolithic (Late Stone Age). It was only one or two weeks old when it died, and even its hair was preserved.


Researchers at the Mammoth Museum, part of the North-Eastern Federal University in Yakutsk, discovered much of its insides were also kept in incredible condition due to favorable burial conditions.