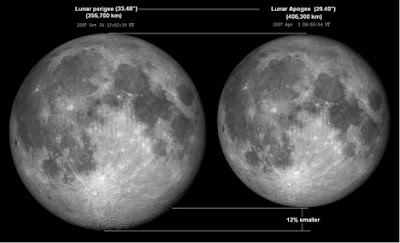 The Moon's orbit around Earth is elliptical, with one side closer to Earth than the other. A "Super Moon" event occurs when the moon is a perigee. Perigee is the point in the orbit of the moon at which it is nearest to the earth.

The opposite of perigee is apogee, the point in the orbit of the moon at which it is the farthest away from earth.

The Supermoon on November 14, 2016 is the closest a Full Moon has been to Earth since January 26, 1948. The next Super Moon event will be on November 25, 2034, and the Moon will appear even larger and brighter. 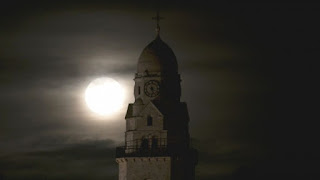 In Israel, people gathered to watch the Super Moon behind the Dormition Abby (shown above).

In Australia, sky-watchers observed the Super Moon from the top of the Sydney Harbour Bridge.

The Chrysler Building in New Your City lit up when the Super Moon set behind the skyscraper.