John Lennox is a No-Nonsense Guy

John Lennox, mathematician and Christian apologist, is a no-nonsense guy. He tends to cut to the heart of a matter. To Stephen Hawking, he asks, "But how did gravity exist in the first place? Who put it there? And what was the creative force behind its birth?"

Lennox believes that the existence of a Creator is the only logical and reasonable explanation for existence of the universe. He has said, "For me, as a Christian believer, the beauty of the scientific laws only reinforces my faith in an intelligent, divine creative force at work.

In his book God's Undertaker: Has Science Buried God?, he writes, "Indeed, faith is a response to evidence, not a rejoicing in the absence of evidence.”

He wrote, "Faith is not a leap in the dark; it’s the exact opposite. It’s a commitment based on evidence… It is irrational to reduce all faith to blind faith and then subject it to ridicule. That provides a very anti-intellectual and convenient way of avoiding intelligent discussion.” 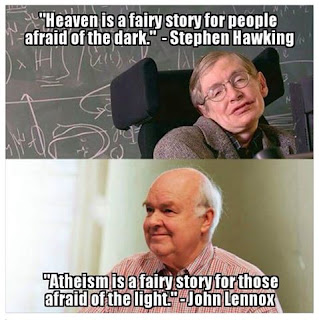 At The Veritas Forum, Lennox discussed the limitations of science and critiqued the claim that science has buried God. Watch the video.

Lennox is Professor of Mathematics (emeritus) at the University of Oxford and Fellow in Mathematics and the Philosophy of Science at Green Templeton College, Oxford. He also is an Associate Fellow of the Said Business School, Oxford University, and teaches for the Oxford Strategic Leadership Programme. Additionally, he is an Adjunct Lecturer at Wycliffe Hall, Oxford University, and at the Oxford Centre for Christian Apologetics, as well as a Senior Fellow of the Trinity Forum.

He has published over seventy peer-reviewed articles on mathematics and co-authored two Oxford Mathematical Monographs and has worked as a translator of Russian mathematics.

John Lennox was born in Northern Ireland in 1943. His father operated a store in Armagh. He is married to Sally and the couple have three children and five grandchildren. Lennox enjoys learning languages. He speaks English, Russian, French, and German. Other hobbies include amateur astronomy and bird-watching.