The Binary Logic of the Biblical Worldview 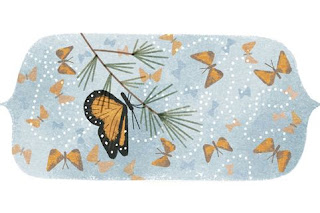 The wisdom of the Law (Torah) is derived from observation of binary sets in nature. These sets are not a human invention. Rather, they present the reality of a Creator who has established hierarchies and fixed boundaries.

A binary set refers to a universally observed pattern in nature where two entities are naturally linked and complementary. One of the entities in the set is recognized as greater in some observable way than its complement. Biblical theology hinges on this binary view of reality. The binary view is expressed in the biblical assertions that God is greater than man, and life is greater than death. Male-female and sun-moon are binary sets in the Bible.

Today we consider the hierarchy of life-death.

A practice that blurred the distinction between life and death was the boiling of a baby goat in its mother's milk. This is forbidden in Exodus 23:19, Exodus 34:26, and Deuteronomy 14:21.This is not merely a dietary restriction to keep a kosher kitchen. The young creature is to be sustained by the mother's milk.

Binary sets attest to the fact that there are fixed patterns in Nature. The east-west axis of the solar arc is an example. The person of faith believes these patterns to be fixed by the Creator. They stand as a witness to the Creator's existence, divine nature, and eternal power. The Apostle Paul speaks of this in Romans 1:19, 20: "For what may be known about God is plain to them, because God has made it plain to them. For since the creation of the world God’s invisible qualities, His eternal power and divine nature, have been clearly seen, being understood from His workmanship, so that men are without excuse."