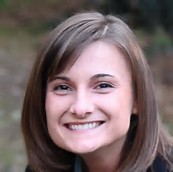 I came to my first ASA meeting five years ago fresh out of college with a double major in astronomy and religion, a passion for the intersection of science and faith, and absolutely no idea what I was going to do with my life.

I had grown up with a love of science that started with digging up earthworms and looking through my granddad’s telescope. But that easy childhood enthusiasm became more complicated in high school. I was confused by the mixed signals my church and Christian school were sending me. I was encouraged to study God’s creation and told that science was an important part of my education, but in the same breath I was also warned of how science and scientists might attack my faith. I lost count of how many cautionary tales I heard of good Christian kids going to college, studying science, and consequently losing their faith.

Perhaps it was my own form of adolescence rebellion then that led me to study Astronomy and Religion at Whitman College, a decidedly secular liberal arts college in WA state. I knew I wasn’t in my conservative evangelical bubble anymore when in the first weeks of freshmen year a fellow student in a religion class concluded his biting critique of Genesis 1-3 with, “Therefore, it is clear that God is the source of all evil in the world and is himself evil!”

Over those four years, my love of science and my personal faith intersected with each other in ways I never expected. I came to find that science wasn’t something that undermined my faith, but actually sustained it. When God seemed distant and when my own brokenness was too much to carry, I would stand in the science building hallway in front of a massive poster of the Hubble Ultra Deep Field showing thousands of galaxies and think, “All this was created by the God that not only created me, but who knows me and loves me.” By the end of college, I knew that whatever I did, I wanted it to be at the interface of science and Christian faith.

And when I walked into that first ASA meeting, I quickly felt like I had finally found my people. People who took science just as seriously as their faith, and vice versa. People who fearlessly sought to learn about God through his creation. People who worshipped God and advanced his kingdom at the lab bench, in the classroom and even in their journal articles. I was inspired and excited by the possibilities before me.

I have since, rather miraculously, found gainful employment at the intersection of science and faith! I am a physics and astronomy teacher at a Christian high school. And every day I get to share both my faith and my love for science with my students. Instead of mixed messages and a sense of apprehension about science, I hope that they walk out of my classroom understanding that there is nothing to fear when we study God’s creation.

For the last 5 years, ASA has continued to be a source of personal and professional encouragement and inspiration for me. When I come to ASA meetings, I am reminded of the importance of fostering understanding between the scientific and Christian communities. And as wonderful as the plenaries and talks always are, my favorite part of these meetings has been the conversations I have and the friendships I’ve built with all of you.

I often have the feeling of being a fish out of water both as a scientist in Christian communities and a Christian in scientific communities – as I know many of you do as well. But at ASA, being passionate about the intersection between science and faith isn’t an unusual quirk, it’s the thing that ties us all together. And that common ground has laid the foundation for other connections. I’ve gotten teaching tips from experienced professors, found the perfect textbook for my class written by ASA members, discussed what it’s like to be a woman in the sciences, and so much more. Leslie and Vicki have even personally come to my school to share with my students how science and faith can coexist and even complement each other.

This last year, I have had the honor of serving on the ASA’s Executive Council as the Student and Early Career Representative. And while I confess council meetings do have their rather dry moments, my respect and appreciation for this organization has only grown as I’ve seen the faith, conviction and integrity that have marked both the history of the ASA as well as its direction going forward. I look forward to many more years with this organization as it continues to thoughtfully and boldly bridge the divide between the Christian church and the study of God’s creation. This is no small task indeed, but God has been faithful the last 76 years, and it is a privilege to get to participate with all of you in the work God is continuing to do in and through the ASA.