Robots that Hand Off Leadership 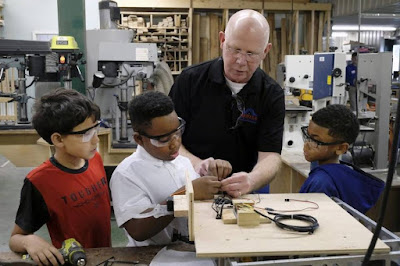 A team of scientists led by Marco Dorigo (Free University of Brussels) has created robots that work together and decide which one will lead them. These autonomous robots know how to work as a team and even how to choose the best leader. By linking up, these Voltron-like robots can create a kind of central nervous system.

If the head robot breaks, another will take the lead. The team built a robot that can link up to another robot, react to its environment, and delegate authority to a single member of a group. The robots have an internal map of the robots that are connected to them, and that map looks like a hierarchical tree.