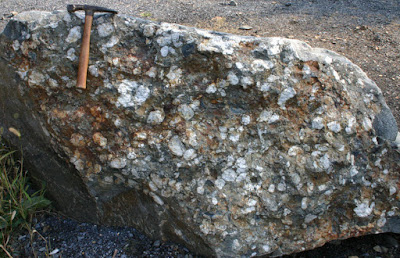 Conglomerates are of interest to geologists and materials specialists. A conglomerate is a coarse-grained sedimentary rock that is composed of gravel-size clasts, e.g., granules, pebbles, cobbles, and boulders. Conglomerates form through different processes that cause the particles to consolidate and harden into rock. The finer materials such as sand, silt, or clay fill the interstices or gaps. This filler is called "matrix" by geologists. The matrix and other particles are often cemented by calcium carbonate, iron oxide, silica, or hardened clay.

Epiclastic conglomerates are produced by the physical disintegration (weathering) of preexisting rocks. The matrix is usually composed of clay, sand, particles of quartz, calcite, feldspar, hematite and clay cement.

Cataclastic conglomerates are formed by local earth movements, often along fault lines. or by the collapse of breccias into a sinkhole or in cave development.

Pyroclastic conglomerates are produced by the explosive activity of volcanoes. The heat and pressure fuse the particles. Volcanic rocks that have been transported and reworked through the action of wind or water are termed "volcaniclastic." 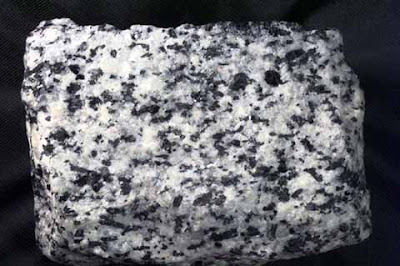 
Cement is a human-made conglomerate comprised of sand and gravel aggregates with calcined lime and clay. It is mixed with water to form mortar or mixed with sand, gravel, and water to make concrete. Concrete is a mixture of broken stone or gravel, sand, and cement. In ancient times concrete often contained crushed seas shells.

The ancient Romans built extremely durable sea walls using a concrete made from lime and volcanic ash to bind with rocks. Rather than eroding in the presence of sea water, washed and wind, the material gained strength from the exposure. Scientists have discovered that elements within the volcanic material reacted with sea water to strengthen the construction.