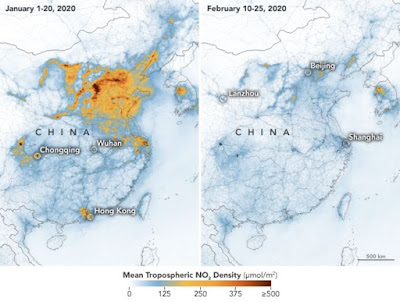 Satellite images have shown a dramatic decline in pollution levels over China, which is "at least partly" due to an economic slowdown prompted by the Coronavirus, according to Nasa.

During the most stringent confinement periods, when only essential workers were permitted to commute, daily aviation activity shrank by 75 percent, the team reports. Surface transportation was reduced by about 50 percent, while power use shrank by about 15 percent.