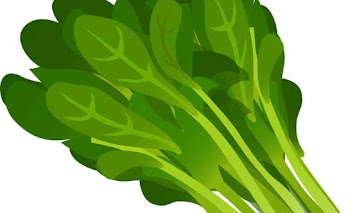 "Eat your spinach," is a common refrain from many people's childhoods. Spinach, the hearty, green vegetable chock full of nutrients, doesn't just provide energy in humans. It also has potential to help power fuel cells, according to a new paper by researchers in AU's Department of Chemistry. Spinach, when converted from its leafy, edible form into carbon nanosheets, acts as a catalyst for an oxygen reduction reaction in fuel cells and metal-air batteries.

An oxygen reduction reaction is one of two reactions in fuel cells and metal-air batteries and is usually the slower one that limits the energy output of these devices. Researchers have long known that certain carbon materials can catalyze the reaction. But those carbon-based catalysts don't always perform as good or better than the traditional platinum-based catalysts. The AU researchers wanted to find an inexpensive and less toxic preparation method for an efficient catalyst by using readily available natural resources. They tackled this challenge by using spinach.
Read it all here.
Posted by Alice C. Linsley at 5:39 PM