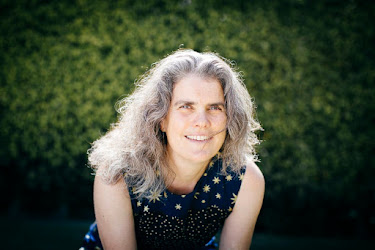 Ghez shares half of the prize with Reinhard Genzel of UC Berkeley and the Max Planck Institute for Extraterrestrial Physics. The Nobel committee praised them for “the discovery of a supermassive compact object at the centre of our galaxy.” The other half of the prize was awarded to Roger Penrose of the University of Oxford “for the discovery that black hole formation is a robust prediction of the general theory of relativity.”

In July 2019, the journal Science published a study by Ghez and her research group that is the most comprehensive test of Albert Einstein’s iconic general theory of relativity near the monstrous black hole at the center of our galaxy. Although she concluded that “Einstein’s right, at least for now,” the research group is continuing to test Einstein’s theory, which she says cannot fully explain gravity inside a black hole.

“I’m thrilled and incredibly honored to receive a Nobel Prize in physics,” said Ghez, who is director of the UCLA Galactic Center Group. “The research the Nobel committee is honoring today is the product of a wonderful collaboration among the scientists in the UCLA Galactic Center Orbits Initiative and the University of California’s wise investment in the W.M. Keck Observatory.

“We have cutting-edge tools and a world-class research team, and that combination makes discovery tremendous fun. Our understanding of how the universe works is still so incomplete. The Nobel Prize is fabulous, but we still have a lot to learn.”
Source: UCLA Newsroom
Posted by Alice C. Linsley at 7:19 PM