Ernest L Schusky (1931-2019) was born in Portsmouth, Ohio, the only son of Lenora Davis Schusky and Ernest Schusky. His B.A. degree was from Miami University, Ohio; his PhD degree in anthropology from the University of Chicago. 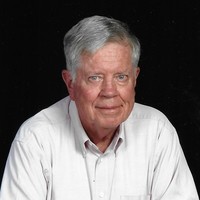 He was an active member of St. Francis United Methodist Church in Tucson, Arizona, and an associate member of the First United Methodist Church in Collinsville, Illinois.
Schusky began his academic teaching career at South Dakota State University in 1958. In 1960 he joined the new campus of Southern Illinois University, Carbondale and developed the program in anthropology. He retired as emeritus professor in 1993.
His professional career included a Fulbright in 1977 at Seoul National University, Seoul, Korea, as well as a summer Fulbright in India. He spent a sabbatical year at the London School of Economics.
Lectureships included National Science Foundation invitations at Cornell College, Huron College, St. Xavier and the University Chicago and a semester at the University of Alaska, Fairbanks, where the family lived in a historic log cabin on campus.
Schusky was a fellow of the American Anthropology Association and the Society for Applied Anthropology and served as President of Central States Anthropology Society.
His Manual for Kinship Analysis has been considered by some anthropologists to be one of the most significant books of the 20th century. Originally published in 1964 by Holt, Rinehart, and Winston, this volume has been used by students as an introduction to classifying and analyzing the kinship systems of the world. This second edition introduces in a simple, step-by-step style the methods of componential analysis as well as determining the structure of Iroquois, Crow-Omaha, and other kinship systems. A good supplemental text for Introductory Anthropology courses.

Schusky's scholarly research and writing emphasized Sioux Indians (his PhD dissertation studied the Lower Brule Sioux in South Dakota). The Right To Be Indian (1965) is his most reprinted work and Introducing Culture was widely adopted as an introductory text and had four editions. Several of his texts have been published in Korean, Japanese, and Portuguese. Other titles included The Forgotten Sioux and Introduction to Social Science.

In retirement, Schusky began writing fiction based on his lifelong commitment to Native American history and culture. His first novel, Journey to the Sun, described life at Cahokia Mounds ca.1,000 A.D. Other titles include Ride the Whirlwind (Pueblo Indians), Return to Beauty (Navajo) and Too Many Miracles, about the life of a Papago Indian Schusky had interviewed as a graduate student at the University of Arizona.
Ernest L.Schusky died on December 12, 2019 at age 88.
Posted by Alice C. Linsley at 4:32 PM