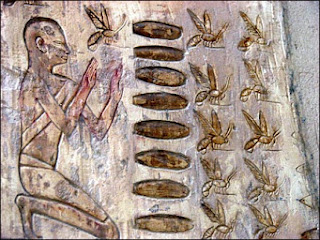 The bee became the symbol of royalty in Lower Egypt where a temple known as “the House of the Bee” was visited by women seeking counsel. King Tut was buried with a jar of honey. When his tomb was opened, the jar of honey was discovered, and the honey was unspoiled. 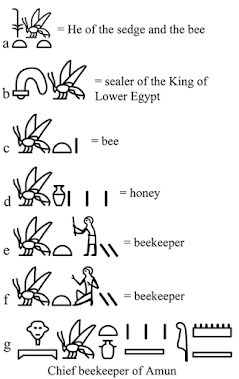 The biblical name Deborah is a reference to bees. Rebecca's nurse, Deborah, was buried near Bethel beneath the “tree of weeping” or the “Oak of Weeping" (Gen. 35:8). The Hebrew word allon can refer to a large tree species, but here probably refers to either an oak, a terebinth, or sycamore fig. There is evidence that graves were sometimes placed beneath fig trees which attracted bees. The wasp lays its eggs inside the ripening figs. The ancients would have observed this as an example of new life.
Surgical procedures are described in the Edwin Smith papyrus, the world's oldest known surgical document (c. 1600 BC). It describes closing wounds with sutures, application of raw meat to stop bleeding, treatment of head and spinal cord injuries, and preventing and curing infection with honey. Honey draws the moisture out of wounds. It has antimicrobial and antibiotic properties and can kill Staphylococcus and E. coli. 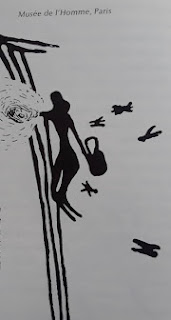