Dispersion of Words Related to Millet and Rice 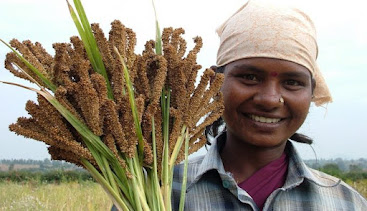 Linguists and anthropologists have noticed cultural and linguistic affinities between Mongolian, Turkish, Japanese, and Ainu populations. These share a Northeast Asia context that has been traced back to North Eurasian antecedents. The genetic closeness of these populations is evident on this chart. 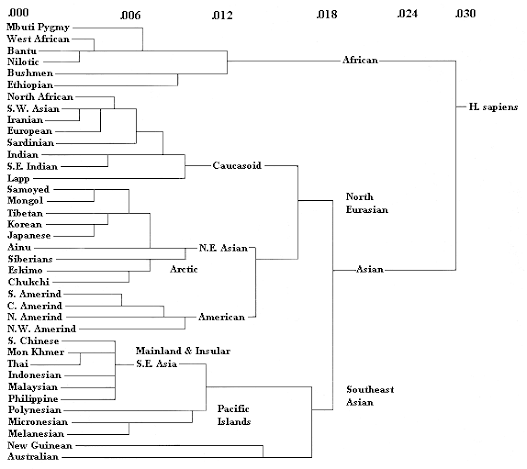 Luigi Cavalli-Sforza's Genetic Distance Chart
In this study, Martine Robbeets (Max Planck Institute for the Science of Human History in Jena) and her team traced the proto-Transeurasian language back to the Liao river area of north-east China around 9000 years ago.
Millet farmers living in that region may have spoken a proto-Transeurasian language that gave rise to Japanese, Turkish and other modern tongues.
Transeurasian languages are spoken across a wide region of Europe and northern Asia. Until now, researchers assumed that they had spread from the mountains of Mongolia 3000 years ago, spoken by horse-riding nomads who kept livestock but didn’t farm crops.

Robbeets and her colleagues used linguistic, archaeological and genetic evidence to conclude instead that it was the onset of millet cultivation by farmers in what is now China that led to the spread of the language family.
In another study, the rice trade appears to have spread common agricultural terms from Africa to Southeast Asia. The term "Sulawesi" might be related to the words "write" and "rice" records. If those who were moving from island to island were merchants, they would have recorded their transactions. Sulawe resembles the Egyptian word for writing ssw; and the Mande sewe; and the Dravidian ha-verasu (referring to written record of rice sales).

Linguistic connections are further evident in the terms for slash and burn cultivation used in Sulawesi and East Africa. The word trematrema is used in Northeast Betsimisaraa to refer to a one-to-three year slashed-and-burnt field. It is related to the Swahili word tema, ‘to cut’, and the redoubled form tematema, ‘to slash, to chop. This technique is used by Sulawesians who practice "dry rice" planting.

Rice grain formed the basis of weight measurement from East Africa to Sulawesi. On Madagascar, the the weight of one grain of rice is called vary and corresponds to the Swahili wari and to the Dravidian verasu. The Hebrew word for rice is orez and Arabic ruz. These share the RZ root with Dravidian. The Dravidian word reflects the written records of commercial weights.

There are two species of cultivated rice in the world: African rice (Oryza glaberrima) and Asian rice (Oryza sativa). African rice was domesticated from the wild ancestor Oryza barthii (Oryza brevilugata) by peoples living in the Benue-Niger floodplain about 3,000 years ago. The two strains of Asian rice are Oryza japonica and Oryza indica, identified with Japan and India.
Read more: The Origins of Japanese and Turkish Language Family Traced Back 9000 Years; Akkadian Lexicon; Mongolian Lexicon; Ancient Egyptian Lexicon
Posted by Alice C. Linsley at 3:39 PM