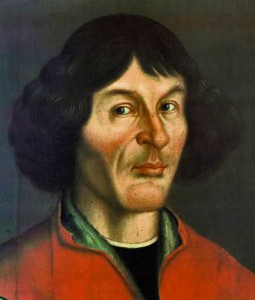 
Nicholas Copernicus was one of the most important scientists of all time. He was a Renaissance mathematician and astronomer and a man of profound Christian faith. He formulated a model of the cosmos with the Sun at the center of the universe. His heliocentric model caused a great deal of controversy and the Roman Catholic Church opposed his model. He presented this model in his treatise de revulous oribum colestum.

He was born in Poland and he lived from 1473 to 1543. His father was a merchant from Krakow. His mother was the daughter of a wealthy merchant in Torun in northern Poland. Nicholas was the youngest of four children. His brother was an Augustinian Canon at Formwork.

In 1491 he entered the University of Cracow where he studied mathematics. He also was interested in space, and bought many books about astronomy. In 1496, at the University of Bologna, he lived with the astronomy professor Domenico Maria Novara and they exchanged ideas. This acquaintance sparked his interest in astronomy, a subject he considered "most beautiful and most worth knowing."

In 1508, he started to develop his own solar model. He believed that the further the planet was from the sun, the longer it took to orbit. In 1513 he built his own observatory and he continued to learn about the cosmos.

Even God’s chosen scientists encounter controversy. Around 1514, after 16 years of work, he completed his 40-page commentary “Small Commentary” in which he gave evidence of the heliocentric theory, described in 7 axioms. This work convinced Copernicus that he was right in thinking that the Sun was at the center of our solar system.

Copernicus was a Christian who lived a quiet life. He was hesitant to publish his revolutionary views. Yet Copernicus changed how Europeans came to think about the cosmos. He believed that truth directs our hearts and minds to the Creator. He wrote, "[It is my] loving duty to seek the truth in all things, in so far as God has granted that to human reason."

Copernicus died on May 24, 1543 and was buried in an unmarked grave in the floor of the cathedral of Frombork in Northern Poland. Copernicus was never declared a heretic for his astronomical views because he spoke to few about them. So why did Copernicus have such a humble burial? Jack Repcheck, the author of Copernicus' Secret: How the Scientific Revolution Began, explains that Copernicus was buried in the same way as any other canon in Frombork because at that time, “He was not the iconic hero that he has become."

Copernicus’s death at the age of 70 is not the end of the story, however. In 1992 Pope John Paul II said the church was wrong to condemn Galileo who based his work on that of Copernicus.

In 2004 scientists began searching for the astronomer's remains and discovered his bones. The identity was confirmed through DNA testing. The DNA of the teeth and bones matched that of hairs found in one of Copernicus’s books.

Six years later, on May 21, 2010, the Roman Catholic Church gave permission to Polish priests to rebury Copernicus in a tomb in the cathedral where he once served as canon.

Later many scientists would prove his theories about the solar system to be true. This shows that God can inspire us, and when we pursue truth we can accomplish amazing things. Copernicus should be remembered and honored for his contributions in science and as a man whose life was dedicated to the service of truth.

Email ThisBlogThis!Share to TwitterShare to FacebookShare to Pinterest
Labels: Copernicus