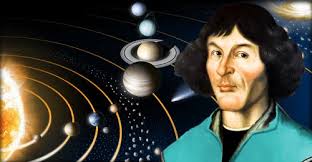 "I am aware that a philosopher’s ideas are not subject to the judgment of ordinary persons, because it is his endeavor to seek the truth in all things, to the extent permitted to human reason by God." Nicolaus Copernicus (1473–1543)


Nicolaus Copernicus was a Renaissance mathematician and astronomer who formulated a heliocentric model of the universe based on his observations.

Copernicus was born in the city of Torun, in northern Poland on February 19, 1473. He was born into a wealthy family. He was named after his father, Mikolaj Kopernik, who was a prosperous copper trader. His mother, Barbara Watzenrode, came from a wealthy family of merchants. Nicolaus was the youngest of their four children.

At birth Nicolaus was named Mikolaj Kopernik, but he called himself the Latin form of his name, Nicolaus Copernicus, when he went to study at the University of Krakow at age 18. There he studied astronomy, mathematics, philosophy, and the sciences.

When Nicolaus was 10 his father died and Nicolaus became the ward of his uncle, Lucas Watzenrode, a nobleman who became Prince-Bishop of the region of Warmia. For many years Copernicus served as his uncle's secretary and physician and traveled with him as Bishop Lucas visited the churches in his diocese.


After his uncle died in 1512, Copernicus went to live in the Frombork cathedral chapter. He lived there as a canon until he died on 24 May 1543.