Modern science is already, in a very serious sense, Christian. It germinated in and was nurtured by the Christian philosophy of creation, it was developed and established through the work of largely Christian pioneers, and it continues to draw Christians to its endeavors today.--Ian Hutchinson 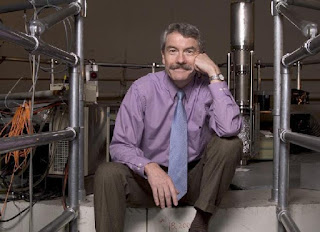 Ian Horner Hutchinson was born 7 June, 1951. He is a nuclear engineer and physicist at the Massachusetts Institute of Technology (MIT). He holds an M.A. in Natural Sciences from Cambridge University (1972), and a Ph.D. in Engineering Physics from the Australian National University (1976), where he was a Commonwealth Scholar.

He first became interested in plasma physics as an undergraduate at Cambridge University. In a June 2003 article that appeared in the Journal of the American Scientific Affiliation, he wrote:


"My conversion as an undergraduate was founded on a conviction that the Christian faith made intellectual sense of the world, of history, and of personal experience. For me, despite the expectation of my secular friends, there was no inherent contradiction between a thorough Christian commitment and the pursuit of natural science. That harmony of thought is something I have sought and treasured through my professional life and in my service of God, though it always has not been easily maintained."


To young people interested in science careers, especially to young Christians, Dr. Hutchinson offers this message: "The scorn sometimes heaped on Christians by scientists and by other students is unjustified. There is no inherent incompatibility between science and Christianity. However, there are some interpretations of the Bible as if it were as scientific text book (which it isn't) that science has shown to be mistaken."

Dr. Hutchinson has written extensively about the relationship between science and religion. He authored a book on the philosophy of science in which he argues against scientism-- the view that all real knowledge is knowable by science alone.

Throughout his professional career, Dr. Hutchinson has spoken about science and the Christian faith to university and church groups. At Veritas Forum, he engages students in conversations about modern life and the relevance of Jesus Christ.

Dr. Hutchinson has made a number of important contributions to the fields of nuclear engineering and nuclear physics. His primary research interest is plasma physics, especially the magnetic confinement of plasmas (ionized gases). He and his MIT team designed, built and operate the Alcator C-Mod tokamak, an international facility with one of the earliest tokamaks to be operated outside of the Soviet Union. He directed the facility for 15 years. The magnetically confined plasmas, with temperatures beyond 50 million degrees Celsius, are prototypical of a future fusion reactor. 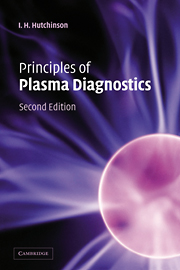 The second edition of Dr. Hutchinson’s monograph book Principles of Plasma Diagnostics was published by Cambridge University Press in 2002. This book presents a "systematic introduction to the physics behind measurements on plasmas. It develops from first principles the concepts needed to plan, execute, and interpret plasma diagnostics."

Dr. Hutchinson has served as editor-in-chief of the journal Plasma Physics and Controlled Fusion, and was the 2008 Chairman of the Division of Plasma Physics of the American Physical Society.

Hutchinson is the author of the computer program TtH a TeX to HTML translator, a program for web-publishing of mathematics. He has written more than 160 journal articles on plasma phenomena and nuclear fusion. He was the 2008 Chairman of the Division of Plasma Physics group of the American Physical Society. Hutchinson is a contributor to the BioLogos Foundation.

About his conversion to Christian faith, Ian Hutchinson has said, “Many of my secular friends thought that I was committing intellectual suicide by my conversion to Christianity. I can't say that I was surprised by their reaction - I was perfectly aware of the antagonism between much modern thought and Christianity - but I definitely had no sense of repudiating my intellect. If God and Christ were true, as I had come to believe, then that truth must be consistent with intellectual truth and I would with time understand how their respective claims might be reconciled.” 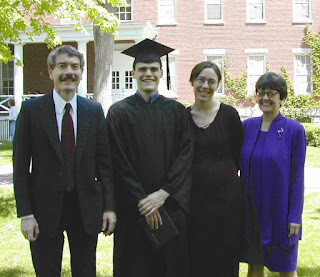 Dr. Hutchinson and his wife, Fran, have been married for 35 years. They have two adult children. Dr. Hutchinson is an enthusiastic choral singer. He sings baritone/tenor with the Newton Choral Society. He is a squash player and a fly-fisherman. Dr. and Mrs. Hutchinson worship at All Saints Anglican Church in Belmont, Massachusetts.