The Deer Stones of Mongolia 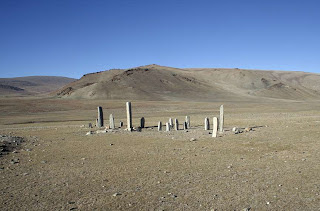 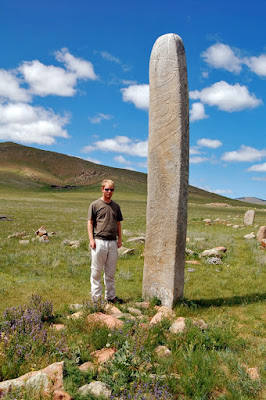 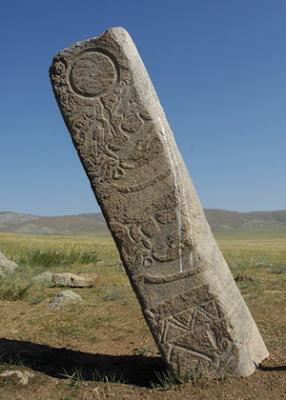 
The most extensive study of deer stone was done by the Soviet archaeologist V. V. Volkov over thirty years. He accounted for 300 Mongolian deer stones, mostly located in the north-central region. He classified these into three groups. The oldest group, dubbed Classical Mongolian, typically shows a warrior with weapons, and flying deer. This type is the most elaborate and is found mainly in southern Siberia and northern Mongolia.

The West Asian-European group typically has sections separated by horizontal belts. There are large circles or hoops, necklaces, and two or three faces which probably represent honored ancestors. 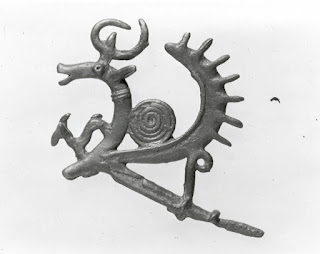 The standing stones appear to have marked places of ritual and ceremony such as the weddings of noble couples, coronations, and treaties. They are often near burial mounds suggesting that the ceremonies were to be witnessed by the ancestors who had gone before. The deer and the sun were sacred symbols to the shamans of Mongolia. These symbols may parallel the bull and the sun among many biblical populations.