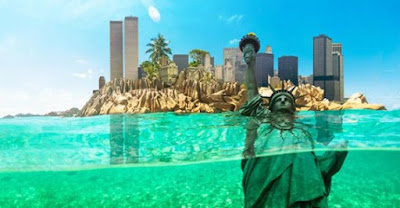 This week Forbes removed an article about the climate theory of the Israeli-American astrophysicist Nir Shaviv, stating "After review, this post has been removed for failing to meet our editorial standards."

Professor Shaviv commented on this, saying:

"A few days ago I was interviewed by Doron Levin, for an article to appear online on forbes.com. After having seen a draft (to make sure that I am quoted correctly), I told him good luck with getting it published, as I doubted it will. Why? Because a year ago I was interviewed by a reporter working for Bloomberg, while the cities of San Francisco and Oakland were deliberating a climate change lawsuit against Exxon-Mobil (which the latter won!), only to find out that their editorial board decided that it is inappropriate to publish an interview with a heretic like me. Doron’s reply was to assure me that Forbes’ current model of the publication online allows relative freedom with 'relatively little interference from editors'. Yeah Sure."

When pressed about this, Dr. Shaviv added, "Well, the official reason is that it 'fails to meet our editorial standards'. Do you really expect them to admit 'because we were pressured by alarmists'?"

Clearly, censorship happens, and it appears that global warming alarmists are blocking solid science and even solid legislation. Consider what happened when the Kansas legislature attempted to pass a bill calling for objectivity in Science education in the Kansas public schools.

House Bill 2306 said teachers will “provide information to students of scientific evidence which both supports and counters a scientific theory or hypothesis” and encourages the “teaching of such scientific controversies to be made in an objective manner.”

The bill failed. Jane Orient, M.D., president of Physicians for Civil Defense, noted that the Kansas public schools generally do not teach climate science, but she fears that the theory of catastrophic global warming due to human activity has become the ideological king of the mountain. Dr. Orient said, "This alarmism resembles religious dogma."

There are good reasons to push for objectivity in climate science. It is complex and scientists do not agree on all the factors and mechanisms affecting climate. Climate science, as with all science, requires objectivity.

Here we will give Dr. Nir Shaviv a fair hearing. Listen to this 22-minute summary of his theory on global warming.

Related reading: Climate Change: Learn to Read the Charts; Factors that Influence Climate; The Wet Sahara; Katharine Hayhoe on Climate Change; Milankovitch Cycles and Glaciation; The impact of precession changes on the Arctic climate during the last interglacial–glacial transition; The Reality of Climate Change